A downloadable game for Windows

In a galaxy far away, a peaceful solar system is suddenly under attack by evil forces. After huge loses on the field of battle, the planetary defence has no choice but to call in their best pilot under the name Death Strike, to make a final attack on the enemy.

Death Strike is an old school horizontal shoot em up with four levels packed with action, made to look like a potential arcade release in the late eighties.

For optimal game play, use a game controller. Most XInput contollers should be supported, and a vast amount of DirectInput controllers.

For Xbox controllers, use stick to move around, X for rear gun, S for front gun and Y for selecting

For keyboard game play, use arrows to move around, A for rear gun, S for front gun and D for selecting weapon.

Sorry to hear about bugs. It seems regardless of how much you test things yourself there will always be bugs.

I think I've triggered the boss bug when I made an engine update and have a fix for it. However, as I need to re-test everything it's unlikely I will release an updated version anytime soon.

Regarding control remapping, you are absolutely right, it should have been there. My engine has currently no support for it, but it's definitely something I should look into.

Finally I'm sorry to inform you that there are no extra levels or hidden features. The only thing that exists is unfinished levels or level concepts at my machine at home.

The game was actually made as a proof of concept for my game engine and after 4 levels I felt quite done with the game. There never was much thought put into the design, so the plasma gun is probably very OP. Foolishly I decided to make a shmup as I thought it would be easy. Boy was I wrong! A shmup requires constant action and variation.

As some time have passed since I finished Death Strike I must confess I have been toying with the idea of a sequel, Super Death Strike. Who knows, maybe it will be a spring project?

Hello! Good game! True, I have only reached level 3 so far.
I wanted to say that I found a small bug in the game. If the player’s ship is destroyed and at the same time open a pause, then after the respawn, the pause menu will be open, and at the same time you can control the ship, shoot, etc.

Thanks for reporting it. I'll make sure it's fixed in an update.

The Demo version of the game works perfectly on my computer so why is the full version latest update Death Strike V 1.2 or any previous version not working ? its not my pc's fault, i have no issues with any other games & i have loads, including even more advanced games, their might be a hard to find fault/error in your game ? im only guessing ?

As said I do not know. There has been many many changes between the demo and v1.2. I think the only way for me to fix it is if I can reproduce it myself. You said the game runs too fast, which doesn't make much sense to me as there are both options to enable vsync (which should sync to your monitor refresh rate at the vary least), and to lock the frame rate to 60 fps, and both are on per default now.

If you press F1 in game you will get a debug overlay that will show information about FPS, UPS (updates per second), RAM usage etc. Perhaps you can try to get it to show. FPS and UPS should be 60 normally.

I will give it a try thank you, seriously I don't mean to be annoying, this is a really good game & I am so determined for it to work properly on my PC that's all :) I will press F1 and let you know how I got on and hopefully positive progress :)

You are not annoying at all. I really want to get to the bottom of what is going on. By the way, I actually found some nasty bugs with the config and will upload a new version shortly.

ive just bought my self a more powerful laptop and thought i will try your game again & guess what ?, the game works perfectly lol, my previous laptop was not compatible with this game, thought i will let you know the good news at last, now i am going to vaporise some aliens and end bosses :) SHOOT EM UPS 4 LIFE

Glad you got it working!

latest update, the game is exactly the same as the last update unplayable..sorry pal i think i will just play the demo version instead :)

I honestly do not know what is going on on your machine. But I've uploaded a new version with an engine update, which changes the way the game loop is handled to get a smoother refresh rate, and it has support to lock the frame rate (on per default). Might solve things for you.

New update, the good news is the game loads but still sluggish, the bad news is when playing there is no joypad support only keyboard and the controls are highly unresponsive making the game unplayable sadly.

Sad to hear that. It would of course be interesting to know what kind of specs you have.

I see. That is a pretty old CPU, and I do not even have anything that old that I can test with. Anyway, I've uploaded a new version that contains a config file for the game where you can tweak things, like testing with OpenGL instead of DX10, or windowed mode.

DeathStrike_v1_1 the controls are not responsive/out of sync when trying to control your ship making the game unplayable & no joypad support, and also comes up with an Error message before the game starts which does not stay on the screen long enough to take a screen shot, where is the config file please ? thanks

The file is called DeathStrike.conf and is next to the executable.

I think your game  is too fast  when playing, that is why its not responsive or out of sync using keyboard to try & control your ship

You got it working, nice! And I'm happy you seem to enjoy it as well.

i have got the game to play but its super slow, really wanted to play this game & have fun :(

The Game now launches but with one small problem, when title screen appears and says press Start to play, their is no keyboard or joypad support so sadly the game is still unplayable, almost there and I have to give you feedback just to let you know what's happening, thank you

Interesting. Could be a focus issue. If you add command line parameter –native it runs in windowed mode with the native resolution. It's not a great experience as the resolution is so small, but at least you can try to focus the window and see if that fixes the input. 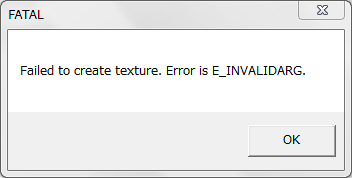 Thank you for your help, looking forward to playing the game when this minor problem is solved :)

the demo game launchers without any problems, the full game keeps showing this error, hopefully it will soon be fixed :)

I've uploaded yet another build that should output more diagnostics in the error window. At the moment I do not really know what the problem is and have been unable to reproduce it I'm afraid.

I've uploaded a new build that prints a little bit more on errors. If you want to try that, perhaps I can understand what is going on. Also the log file will also print other useful information that can help, such as graphics card vendor.

Sorry to let you know, the full game is not working, i click on the game icon & i get this little box message saying, Failed to create texture, the demo works perfectly, please fix & thanks again for a free Amazing shoot em up :)

That is a pitty. If you can share the exact message of the box, or the content of the log file next to the exe, it would help. Thanks!

Glad you enjoyed it! All games I make is just a small hobby thing I do on my spare time, so I have no plans on ever charging for it.

Thank you so much for your kindness, I am really looking forward to playing the full version of your Awesome game, both thumbs up from me & thanks again :)

Wish I could turn around backwards.

Great job, I really love this type of game. I could give you a thorough feedback  on this game if you want, but i don't think it would fit in this comment section. unless you want me to of course.

I'd love some feedback if you have time and energy to give some! I've sent a DM on Twitter.

What operating system are you using? As 32bit is quite uncommon these days I opted for 64bit to gain more memory available in my editor.

Yep, but Windows XP only is compatible with my titanic portable games collection!

I see. Unfortunately I do not plan to support XP, as even Microsoft dropped support for it in 2014.

Agree, but a 32bit build should be enough to play on my XP.

Forgive me for being blunt but, you need to get the fuck off the internet if you're still using WinXP.  Your computer is likely already compromised and used to commit cyberattacks against others even while you're completely unaware of it.  It doesn't matter if you have the latest patches or whatever, WinXP by design is broken and not suitable for internet activity of any kind.

If money is an issue, grab Linux Mint and use WINE or PlayOnLinux to play games.  Steam also has their own version of WINE that is more compatible with certain games so if you install Steam then you can play games with that as well.

TLDR:  Upgrade your OS by whatever means necessary or GTFO the net.  32-bit is dead and asking indie devs to cater to your outdated hardware that actively hurts EVERYONE on the internet is not required.

Olof, I would like to request if you can make a Linux-based build (if possible to easily port it) so that those who are stuck on outdated/compromised old OSes can legally enjoy the game on a secure stable modern distribution like Linux Mint or other distros.

I started a Linux port of the engine some time ago, and got pretty far, but then I kind of lost interest and felt it was better to continue making the actual game instead, so I put it on hold. It's definitely something I want to do at some point in the future, especially so I can get things more easily running on Mac.

Thanks for the response.  It is good to know that you're already planning a port for Linux-based OS.  The game's page says it was made with Aseprite and that already has an Ubuntu version so porting should hopefully be a bit easier.

I'm hoping this game is successful enough that you can make future games and do so on a more easily cross-compatible engine like Unity/etc.

Well Aseprite is only for the graphics when I do my pixel art,  the actual engine itself is made by me, and it depends on very little.  The reason for going with my own engine is that it's a lot of fun to make things yourself, and I want to program in C++ so Unity and the likes have never really interested me. My current engine is somewhat similar to Unity, but made for 2D pixel perfect graphics and allows you to do all your work in C++, even scripts, which is awesome. 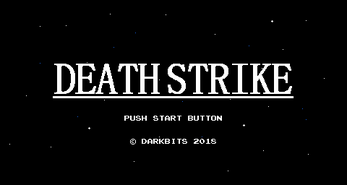