A downloadable game for Windows

It's the year 1989 and the best evening of the year, Halloween! Three kids go trick or treating in the neighborhood but things take a very strange turn and they end up in a great adventure.

Dazed In Space is an adventure game but with an old school JRPG presentation where the focus is on story and simple puzzle solving.

A demo is available now for free!

For optimal game play, use a game controller. Most XInput contollers should be supported, and a vast amount of DirectInput controllers.

Just rewatched the ABG playthrough. Still can't believe how good this is. Is there a patreon or crowdfund or any way I can support this even more?

Cool that you like it! I'm afraid there is no way to support it by Patreon or similar. It's just a game I've been doing on my spare time.

Last part and the game is done. Really good game and it needs more people's eyes on it. If you could share this with your community, youtube will expose this to others.

Thanks again for a great game darkbits.

BIG THANK YOU DARKBITS for making this demo public and even making such an interesting game. Heavily inspired by Earthbound and Stranger Things. I can't wait to see what other mechanics will be added to this game and where it will take us. If You can please share this out with your community as it helps with YouTube sending it out to others on the site I want more people to see this and I can't do it without you. Thanks again.

this is great, can't wait for stranger things season 4 vol. 2 while playing this game

Also looking forward to vol. 2! All in all I think they did a good job with season 4 so far.

I’m already completely captivated by this and can’t wait for the full game to be released! I love the style, the story, the music, everything. Keep it up!!

Just wondering, the kids mention something about kids in America getting to see violence on TV and in movies  what country does this take place in?

Sweden. It was an actual conversation I had with my friends when I was 8 as the first Turtles movie got a 15 rating and we were pissed! Nudity and sex did not receive a rating or it was 11 but no one cared to enforce it, but we had no interest in sex and just felt or country was boring and dumb. At the time Sweden had a lot of censorship when it came to violence in films. When the second movie came out it was rated 11 and 7 in company of a parent, so me and my dad saw it. I loved it, he hated it, haha.

This is the second time this week I've heard about European countries cracking down hard on ninja turtles properties, the idea of it is funny to me because TMNT is very mild violence wise

Just wanted to report that, under Windows 11, the game crashes once the player attempts to leave the first character's house. The issue seems to be due to the game defaulting to using DirectSound instead of XAudio. While the game, thankfully, has an external configuration file which can be modified to change this and fix the issue, given the lowest OS the game supports is Windows 7, I feel XAudio should be made the game's default audio driver. All supported Windows OSes natively support XAudio, and using it will prevent future issues stemming from sound drivers - if not Windows support - slowly removing or screwing up support for DirectSound features and functionality.

Nice catch as I do not have Windows 11! I think the reason I opted for DirectSound is that Windows 7 does not support XAudio out of the box. Perhaps I should drop Windows 7 or try to make some runtime detection in Windows 7, but it will be hard to test as I have Windows 10.

This is going to show my nerdiness, but judging from the default application icon for the game demo, I'm assuming you're using GameMaker? If so, it handily includes a function which tells you exactly what OS the game is running on.

Otherwise, I'm gonna have to go with a generic suggestion and say the Windows SDK does include a way to detect what OS version the game is being run under, which works as far back as Windows XP and as current as Windows 10 and beyond (at least according to the most current documentation I can find).

No, no game maker here. This is a completely custom engine written from scratch. It's actually quite nice and powerful, more like Unity but for pixel art games. It's done completely with pure c++ and hot-reloading for everything with a minimal set of dependencies which suits me nice, no dependency on any third party engine that breaks the game.

Someday I will probably open source it.

Detecting is not really the main issue, it's that I don't have Windows 7 around to test it :) But it sounds like XAudio is the way to go. It's much more performant anyway and I would want it to be the default.

How did you managed to configure the game to use XAudio? What file should I open to make such configurations?

DazedInSpace.conf file next to the exe, there is an audio section, pretty self explanatory.

Very nice demo! Quite a lot of game compared to what demos normally give these days.

I love the game's environmental storytelling! A small, connected community in Sweden(?), the world from the Stargate movie - which I appreciate the kids having no idea about given the film first released in 1994, 5 years after the game starts - looking to have been studied by humans, only to have been attacked, the reality-linking apartment complex which feels straight out of Control, and the torn-apart town after the apocalypse.

The writing is also quite good. Nails the feeling of kids grown up on material far above their age range.

My main complaint is a lack of polish. Houses you've already trick-or-treat'd at don't let you interact on their doors again so the player can be reminded they've already been there, the abandoned military base well off the beaten path in the first area doesn't have the characters comment on it, areas feel emptier than they should (i.e. the ruined town should have more things to look at, read, etc.), the kids have no comments on repeated dialogue once they return from Stargate World (i.e. after the big kids inviting the kids to see their fireworks, there's no confused conversation where the kids think the fireworks have already been set up), and so on. Just a lot of little things like that which add up.

There's also some areas which feel big enough, but would really benefit from the kids being able to run - especially when backtracking or searching for the next thing.

As for hinting at the safe puzzle's solution, there could be a note, a diary entry, something which gives the perfect, succinct hint you gave to another player: the safe's combination is something stupid. And if the player keeps guessing the combination incorrectly, that can trigger a conversation where one of the kids suggests trying the actual solution, with the others being incredulous because what adult would use such an obvious password?

All said, for what is probably an alpha, this was fantastic. I can't wait to see where this goes next!

I think you are spot on with all your comments and really good. There is a lot of polish lacking and I would like to do much more but it's all very time consuming and between family and daytime work on a AAA-game, it's been difficult :)

It's interesting because a game like this really triggers your imagination and there is so much you can do! More wildlife, more dialogues depending on lead character and timing, more interactions such at looking at toys in the kid's room, mini games such as video games or arcades, deeper puzzles, gadgets etc.

I think the main struggle is graphics to be honest, it takes forever!

Thanks for taking your time to play through the demo!

Really love this game! I'm a little stuck in chapter 3 though. I escaped the hotel and found a screwdriver in a car boot. Not sure what I need to do next. There's a locked car boot, a locked safe and a chained up fence gate that I can't get past. Any hints?

The hint is that the password for the safe is really dumb.

Kinda feel there should be a hint for the safe somewhere, but... Well, I did find it by accident without ANY hints...

Your are probably right. I should fix that. My original idea was that people would stumble on it by accident and that it would feel fun. But if you don't it's not great. I also considered a cutscene discussing the safe but kind of forgot about it. Will add it. Thanks!

I mean, it did make me laugh that literally the first code I randomly tried worked. But I've played a lot of adventure games, and so have so many other people. It took me a good while before I decided to just try something. Though, I did also think for a moment, "...Is this thing broken and any 4 digits work?" 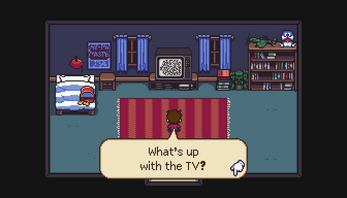 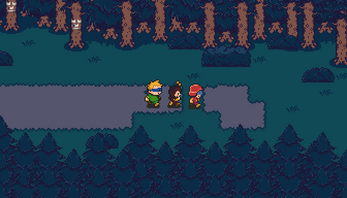 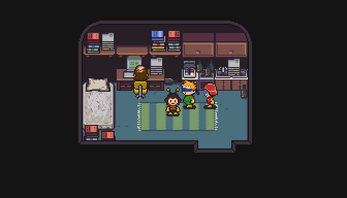 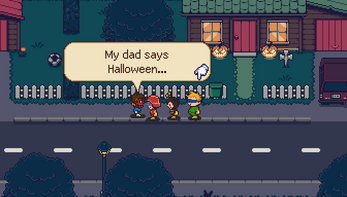 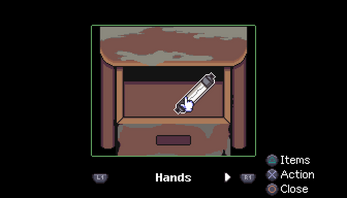 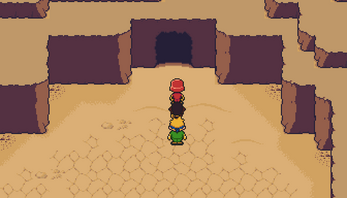